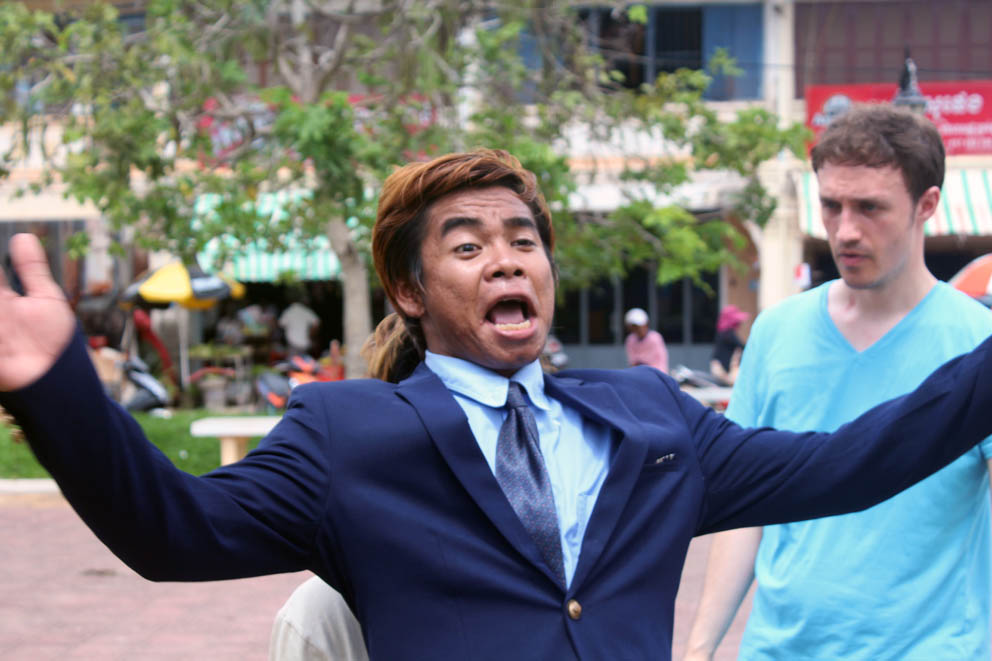 Last week hilarity ensued when Epic Arts staff began filming around Kampot for our latest WaterAid Cambodia project. Crowds of children gathered and giggled. Loud conversations about who could make the best fake poo or whether the fake wee actually needed to be yellow, were had in the middle of Kampot Town.

WaterAid Cambodia saw the success of last year’s partnership project ‘Count Me In’ they approached us again, continuing our partnership by commissioning a film to celebrate annual World Toilet Day.

‘Count Me In’ is a drama performance about the importance of making toilets accessible for older people, pregnant women and people with disabilities. It was our first project in a new partnership with WaterAid Cambodia. The Arts Team toured ‘Count Me In’ to Cambodian Architects, Village Chiefs and local-level Government Officials. During the performance there’s a slapstick routine which proved particularly popular with Cambodian audiences.

This sparked an idea for the new project using slapstick for a project. World Toilet Day was the perfect opportunity to create a piece focused on toilet humour through physical humour, both of which Cambodians love.

We needed someone hilarious to work with The Arts Team, our community outreach performance team. In comes our favourite clown Kiki Lovechild, a London based Clown, who we connected with in late 2014 when Epic Encounters were touring the UK.

The Arts Team worked with Kiki for three days learning basic clowning skills and workshopping a series of silent sketches for WaterAid. Being physical performers they were all naturals at clowning with stories and a central character soon emerging. Mr.LOL, is loosely based on the well to do officials who live in the city, own ridiculously sized cars and have the ego to match.

With a box of fake poo and a squeezey bottle in hand, we ended the week filming our seven short sketches of Mr. LOL’s antics involving a camerawoman in the Kampot River, laughing till the film crew were crying and roping in a small child to pretending to poo in the park opposite the Epic Arts Cafe.

To see the videos first on World Toilet Day (November 19th) give WaterAid Cambodia’s Facebook page a like
watch this space for more updates on our projects with WaterAid Cambodia and our other partners. 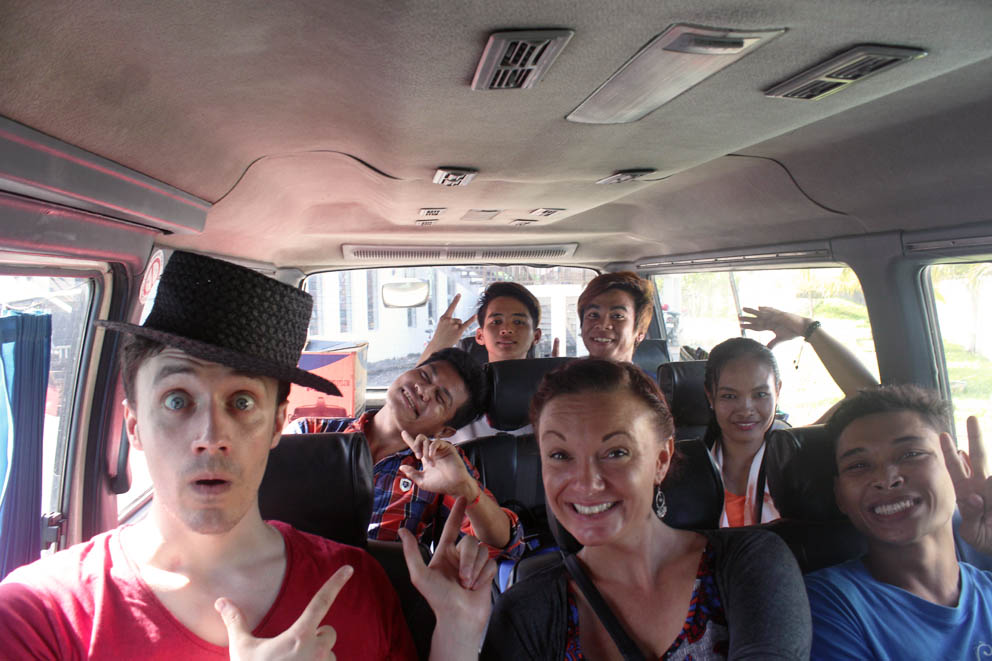 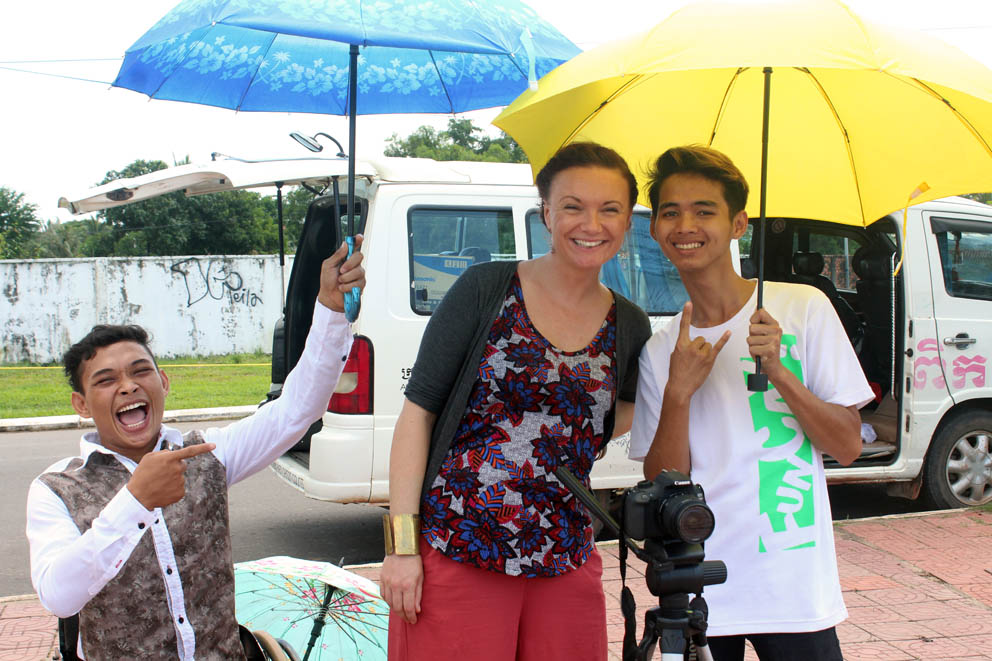 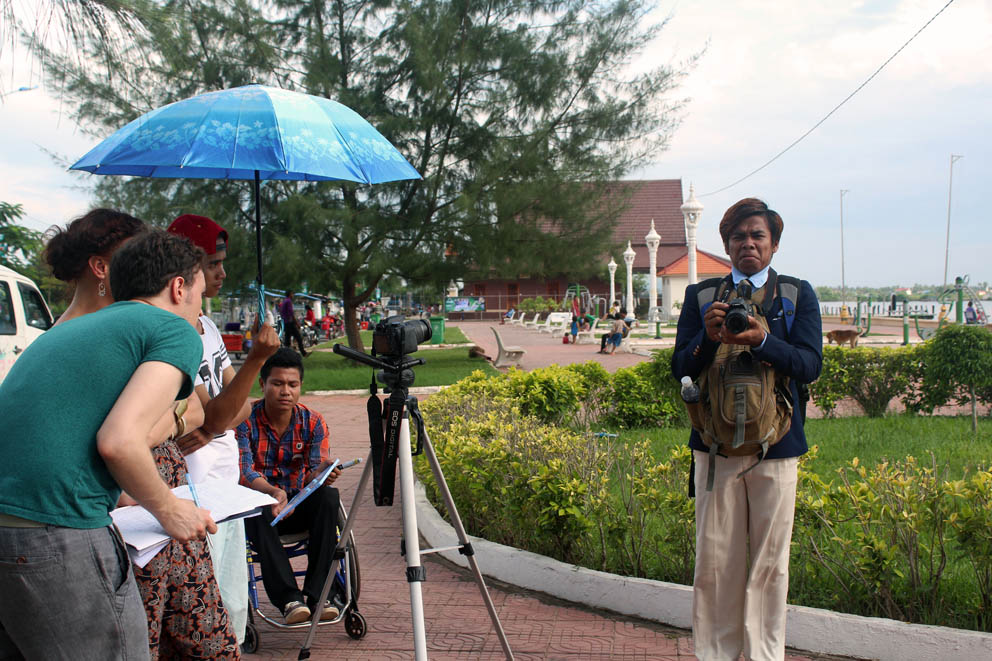 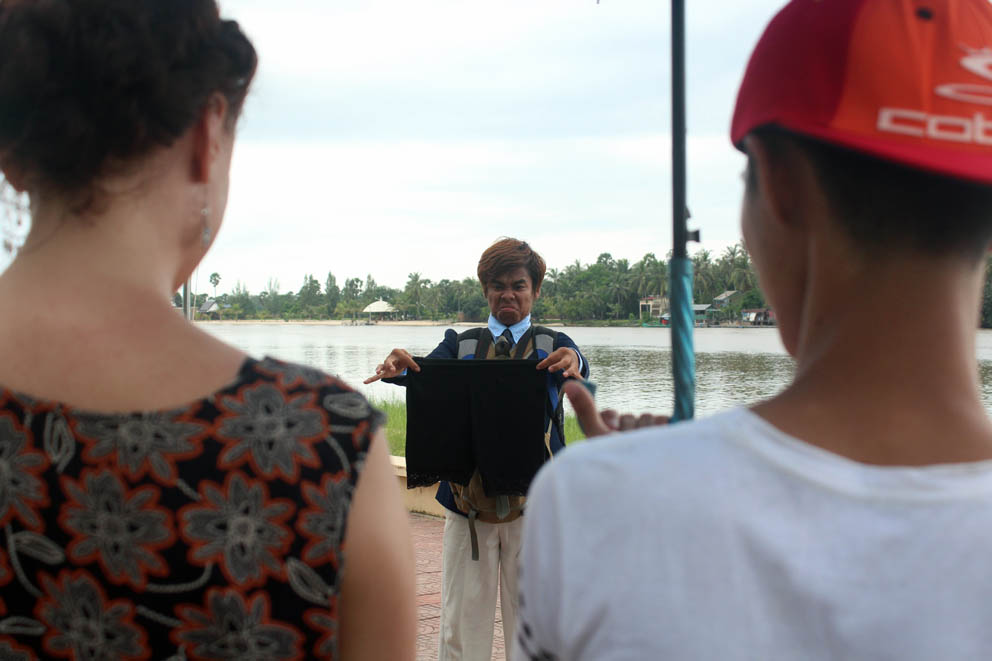 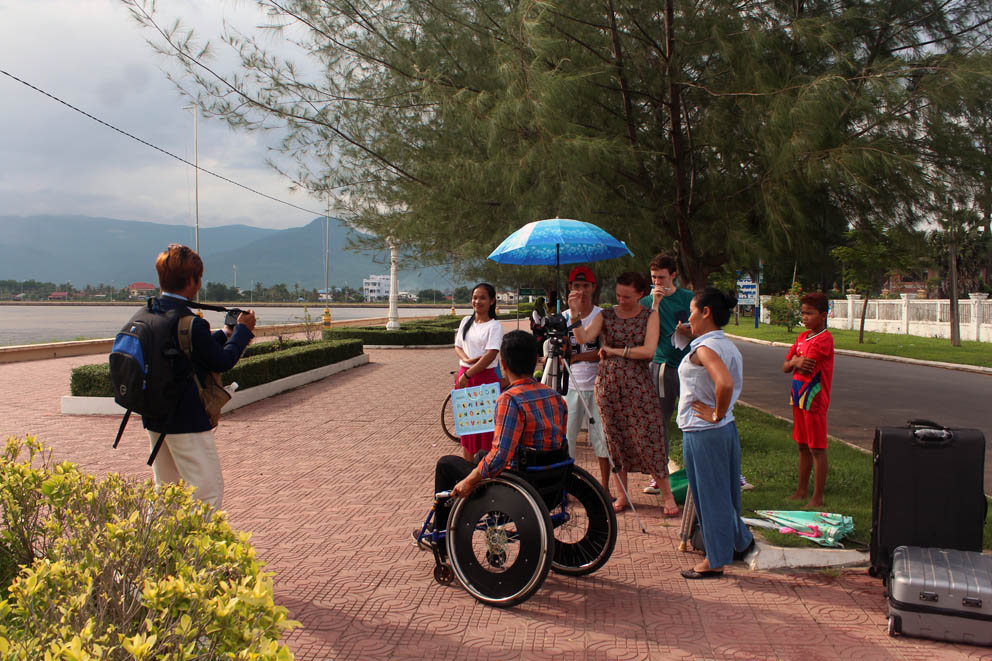 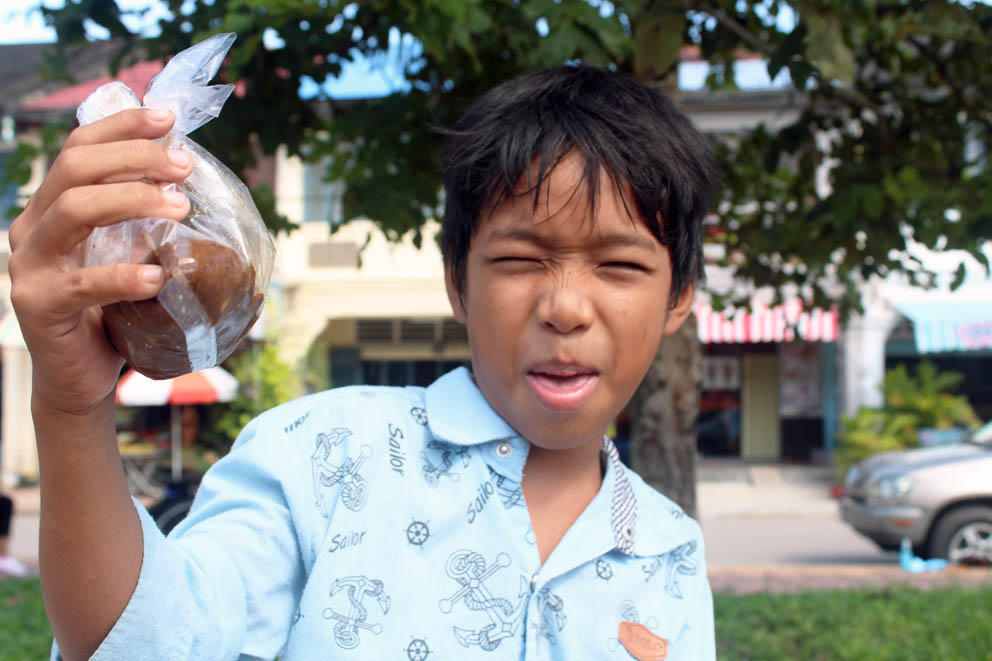 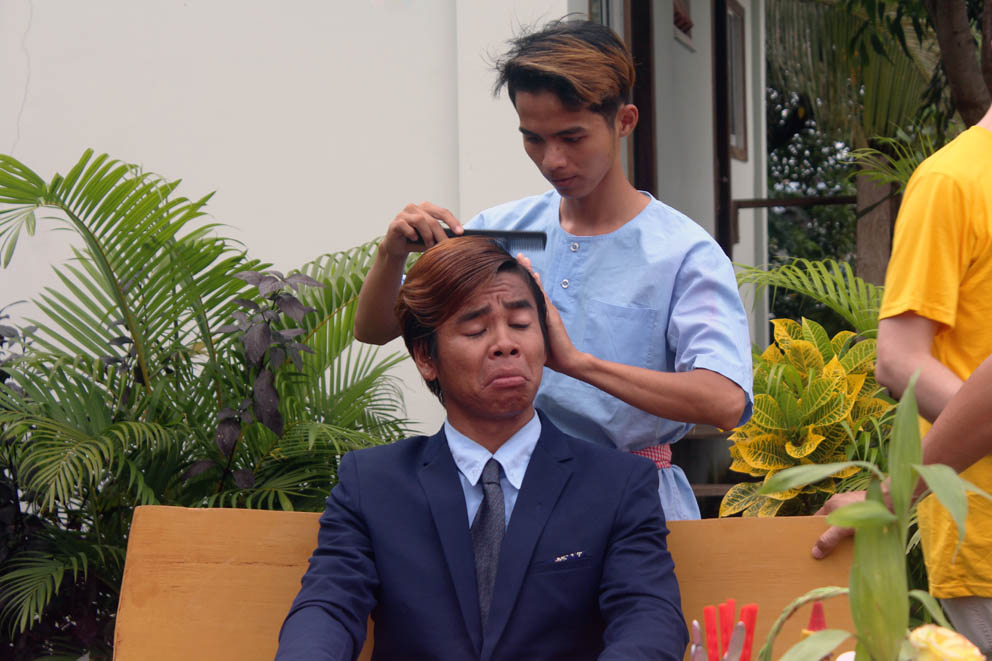 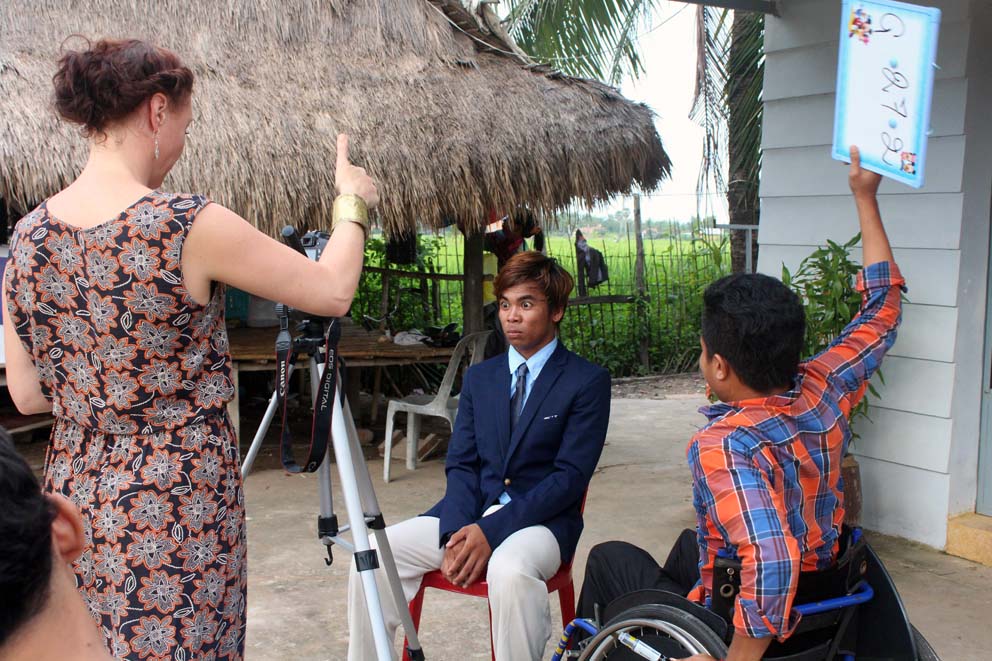 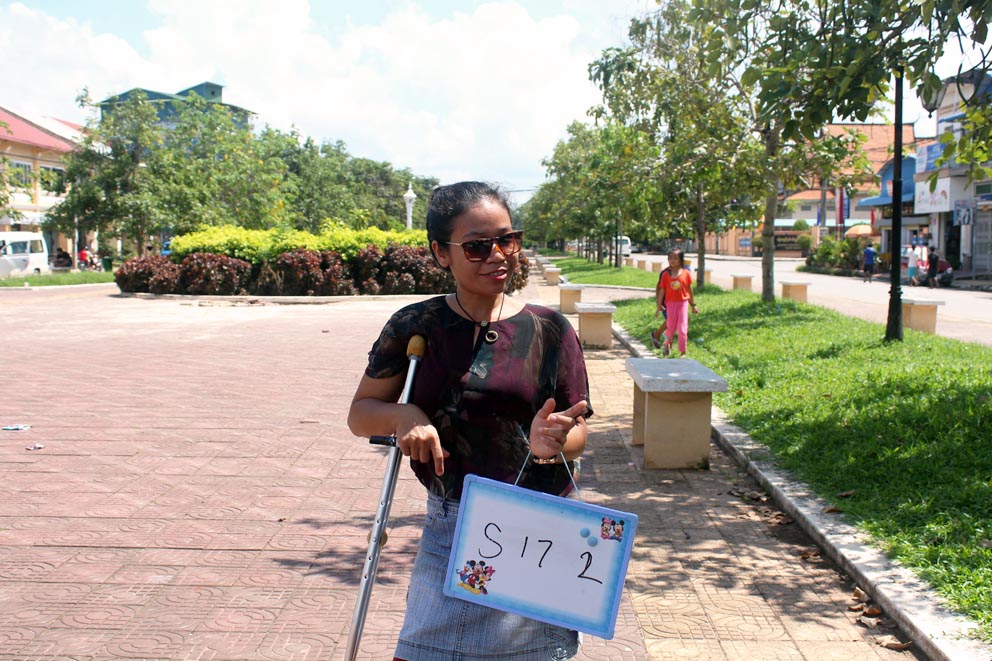 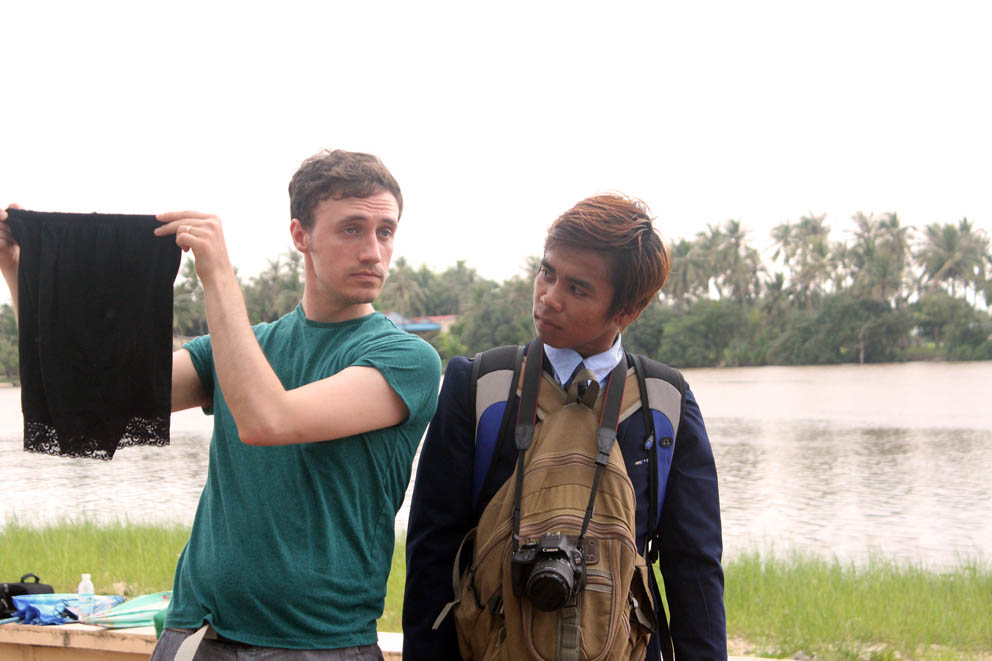